YHC arrived at The Sanitarium at 0440 to set up a few stations in time for the pre-run. It was decided early to utilize the new (soft) field turf at Monarchs High before the winter freeze sets in.

Back at the parking lot, a few of the pre-run regulars were already assembling and itching to get on their way. The 6 of us (Double Dip, Baby Shark, Schrute, Animal House, Farva and YHC) took off at 0500 sharp and ran at a quick pace to get back in plenty of time to greet the rest of the PAX. We ran the traditional clockwise path over to 72nd and back on Centennial Rd.

Back at the shovel flags, the rest of the PAX began to assemble and get ready for the regular beatdown. Several greetings and fist bumps were exchanged. Promptly at 0530 the welcome, mission statement and core principles were shared with the group. There were no FNGs today, so the disclaimer was brief and we went on our way down the stadium steps.

The group did a ¾ lap around the track and made our way to mid field on the turf, where we performed the following exercises:

While executing the Side Straddle Hops I discussed the beatdown theme today as a look back at the Battlefield “Salute to Sarpy”. Thus, today’s theme would be Fifty-Nine (59) in reference to the classic Sarpy county license plate number. I went on to explain the pre-thang until the conclusion of warm-o-rama. 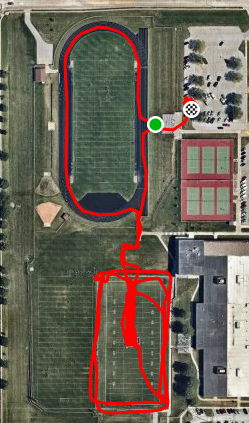 For the pre-thang we split up into three groups to perform a two-station grinder around the football field.. One grould would be at each station performing rinse and repeat exercises, while the third group ran around the field to push the other group. The reps were organized into the fifty-nine county theme with 5 being a counted rest and 9 being the reps. Station 1 was rinse and repeat upper body and Station 2 was rinse and repeat lower body.

The PAX completed a round of all 4 exercises before being called to the north goalline for instruction on the thang.

The thang would be a continuation of the Sarpy 59 theme.The group partnered up to their choosing for a two-man grinder. One PAX would run to the 50 yard line and perform 9 reps (50 yards + 9 reps = 59) of the BLIMPS cycle: Burpees, Lunges, Imperial Walkers, Merkins, Plank Jacks, and Squats. The other half would remain on the goalline and do AMRAP Absolutions. What is an Absolution? The answer is an extreme amount of pain, but the true definition is described in the F3 Exicon:

YHC did  a short demonstration of an Absolution and the grinder was put into high gear! I played several tunes from the 90’s, which drew good discussion from the PAX to help mask the pain during Absolutions. One recommendation was made to add Seven Mary Three – Cumbersome to the playlist to which I finally obliged.

At 6:02, “Omaha” was called and the PAX circled up on the field turf for Mary (softer than the concrete).

COT: We jogged back to the shovel flags for closing ceremonies.

This message today was centered around dads and the influence they have on us in life and as fathers ourselves. I talked about the takeaways from F3 on me personally to be a better man, but that ultimately the way we are shaped and formed is most heavily influenced by our parents. 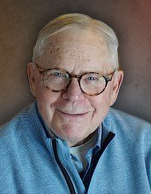 I spent the rest of the time recognizing the late Henry “Hank” Austin Lt Col USMC (Ret) (Knobs’ dad) and the great life he lived. I shared parts of his obituary that describe the heavily decorated Marine and great leader Hank was. Hank lived a life of service in three areas – Service to Country, Service to Others, and Service to God.

I shared a few stories from the video recorded memorial service as described by Knobs and his brother. Knobs mentioned that Hank would regularly have discussions with them to encourage them to have a positive impact on others. One story was regarding the Bellevue bridge and the $1 toll collected each way. Hank asked, “Would you rather be a bridge builder or a toll taker?” Most would naturally select the bridge builder; however, thinking more deeply you don’t know the impact that this toll taker has on others. They have the opportunity to impact so many people’s lives every day. Ask yourself… What can you do to brighten another person’s day?

I wrapped up by saying that Hank was a true HIM without ever going to F3 and that I would have loved the opportunity to learn from this great man. The bright side is that I feel like I get to do just that by knowing Knobs, who said in his own words “There are a lot of similarities between my dad and me.” Words couldn’t be more true. We appreciate you, Knobs, and look forward to becoming better men through your leadership passed down from the late Hank Austin. Respect!

YHC took us out in prayer and we left the Sanitarium better than when we entered it!