Weather:  65 and saturated from the prior evening downpour

On this day in 1780, during the American Revolution, American General Benedict Arnold meets with British Major John Andre to discuss handing over West Point to the British, in return for the promise of a large sum of money and a high position in the British army. The plot was foiled and Arnold, a former American hero, became synonymous with the word “traitor.”

During the revolutionary war, Benedict Arnold proved himself a brave and skillful leader, helping Ethan Allen’s troops capture Fort Ticonderoga in 1775 and then participating in the unsuccessful attack on British Quebec later that year, which earned him a promotion to brigadier general. Arnold distinguished himself in campaigns at Lake Champlain, Ridgefield and Saratoga, and gained the support of George Washington. However, Arnold had enemies within the military and in 1777, five men of lesser rank were promoted over him. Over the course of the next few years, Arnold married for a second time and he and his new wife lived a lavish lifestyle in Philadelphia, accumulating substantial debt. The debt and the resentment Arnold felt over not being promoted faster were motivating factors in his choice to become a turncoat. (source: www.history.com)

On September 21, 2002, Swedish engineer Nils Bohlin dies after a heart attack. Bohlin spent most of the 1950s developing ejection seats for Saab airplanes, and in 1958, he became the Volvo Car Corporation’s first safety engineer. At Volvo, he designed the first three-point safety belt–a seatbelt with one strap that crossed diagonally across the user’s chest and another that secured his or her hips. “In a way,” Bohlin said shortly before he died, “my design works as much because the belt is comfortable for the user as it does because it is safer.

By 1959, the three-point belt was standard equipment in all Swedish Volvos, and by 1963, the company was installing the belts in all of its cars. Volvo even provided Bohlin’s design to other carmakers for free. The design has changed very little in the past 50 years–it was practically perfect just as Bohlin designed it–and the U.S. National Highway Traffic Safety Administration estimates that buckling up with a Bohlin belt reduces a person’s risk of dying in a car crash by almost 50 percent. “There is,” said Volvo’s CEO, “a little bit of Nils Bohlin in every car.” (source: www.history.com) 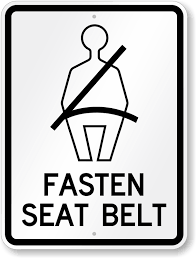 The PAX split into 2 groups for mini ladder – each group form around a hobbit hole stair case.

The PAX then moseyed to east side of the park for part 1 of the thang.>>>

PAX completed 1.5 cycles until it started to THUNDER!

Selleck played AC/DC; you know the drill. PAX held plank during the song and completed 1 merkin for each “thunder” heard. Selleck called Omaha at 3:40

08/12/2022: The Golden Spike, beautiful morning I arrived early to set up to make sure I could get things ready before…